SVYATOGORSKY MONASTERY OF THE HOLY ASSUMPTION


Svyatogorsky Monastery of the Holy Assumption was founded at the behest of Tsar Ivan the Terrible after the appearance on several occasion of the icon of the Virgin Hodegetria to the Voronich shepherd Timofei, first by the River Lugovka, then on Sinichya Hill. These vision are also mentioned in the Third Pskovian Chronicle under the year 7074 (1566) : «That year did the Holy Virgin appear in Voronich, on Sinichiye Hills, on the site of the old settlement, and a great multitude of healings of all ailments did begin». These events are expounded more detail in the “Tale of the Appearance of the Svyatogorsky icon”, which dates back to records of the 16th century. Life in the monastery changed greatly in the 18th century, when the Russian border was shifted to the shores of the Baltic, and particularly after Catherine the Great’s decree of the 1764 by which the monastery was placed in the third class and its lands and other assets taken over by the state. It remained popular, however, thanks to its sacred objects and rich fairs, which were held on the ninth Friday after Easter and the feast of the Protecting Veil. 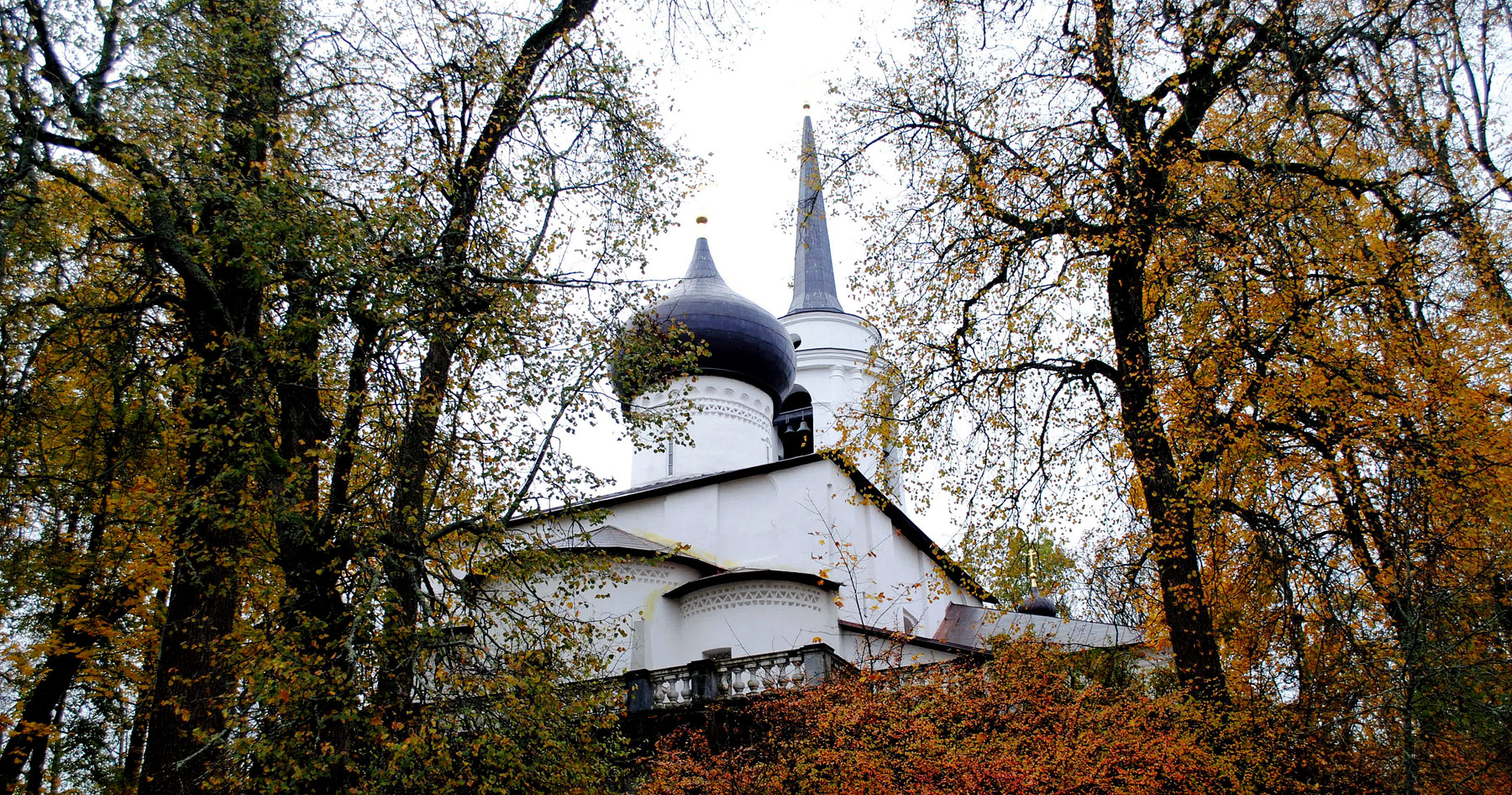 In the 19th century the monastery became associated with the name of Alexander Pushkin. Living in Mikhailovskoye, the poet would come here to the graves of his ancestors, whose memory he treasured, and also at times of creative searching. During his work on “Boris Godunov” he strove for the utmost historical authenticity in the portrayal of his character, studying the chronicles, Karamzin’s “History of the Russian State” and local sources, such as the archive and library, which was in a small attic room in the monks’ quarters. It contained the monastery’s chronicle with a record of the monastery’s first father superior attending the Assembly of the Land in 1598, which elected Boris Godunov to the throne. Pushkin liked to visit the Svyatogorsky fairs, where he listened to the vivid and colorful language of the peasants and wrote down “from first-hand” the most interesting and characteristic expressions. The visits to fairs (held on the territory of the so-called Trading Court), observation of local people and visitors to the monastery, meetings with “fool-in-Christ”, and wanderers’ tales about events of long ago were undoubtedly reflected in the characters of “Boris Godunov”.

In her memoirs Akulina Skoropostizhnaya, the daughter of the Voronich priest, describes Pushkin’s visit to the Holy Hills fairs. “Sometimes he would dress up like a peasant and go off to the fair in the village. Looked like a real muzhik, he did, in his coat with the round collar and a red silk sash round his wait… Wherever there was a crowd of common folk, there he was too… but they saluted him, didn’t catch on that it was their own master mixing with them.” The account of another contemporary of Pushkin’s A.D. Skoropost, the sexton at the church in Voronich, is also interesting: “A.S. Pushkin was fond of going wherever there was a crowd of beggars. He used to mix in and sing all sorts of refrains with them, joke with them and write down what they were singing…”

Svyatogorsky Monastery was formerly one of the most revered in Russia. The many gifts of tsars and nobles to the monastery included a 15-pood bell, nicknamed Goryun (Poor Fellow), and a Gospel from Tsar Michael. Today visitors can see the remains of a bell ordered by Father Innokenty and made at the Tyulenev factory in Moscow in 1753.

The family cemetery of the Gannibal-Puskins at the monastery contains the graves of the poet’s grandfather Osip Abramovich Gannibal, his grandmother Maria Alexeyevna, mother Nadezhda Osipovna and father Sergei Lvovich. His younger brother Platon, who died in 1819 was probably buried inside the Assumption Cathedral.

Svyatogorsky Monastery also became the poet’s last resting place. On 6 (18) February, 1837 after a requiem service in the south chapel of the Assumption Cathedral conducted by Archmandrite Gennady, the poet was buried by the apse wall in the presence of A.I.Turgenev,Nikita Kozlov and two ladies from Trigorskoye, Yekaterina and Maria Osipova. Four years later a memorial monument commissioned by Pushkin’s widow and trustees and executed by A.M. Permagorov, St Petersburg master of monumental works was erected on the poet’s grave. It bears the inscription: “Alexander Sergeyevich Pushkin born in Moscow 26 May, 1799, died in St Petersburg 29 January, 1837”.

During the Second World war many of the monastery buildings were badly damaged and some, like the Church of St Nicholas and the Father Superior’s house, totally destroyed.

The assumption Cathedral was restored in 1949 to mark the 150th anniversary of the poet’s birth and was included in the Pushkin museum-preserve at the same time. In 1992 it was returned to the Pskov diocese and on 29 May, with the participation of Alexii II, Patriarch of Moscow and All Russia, services were resumed in the Assumption Cathedral. Today the cathedral is a working church, and its territory is used jointly by the Pushkin preserve and the diocese. It is inhabited by about 25 novices and monks (there were only ten in Pushkin’s day) . The monks work the monastery land and engage in agriculture. There is also a Sunday school. The monastery contains a library (in which Pushkin is said to have worked, studying material for “Boris Godunov”). The monastery’s books are still available for study, provided that permission in obtained in advance. With the blessing of the Father Superior the monks will receive pilgrims and put them up in the monks quarters.

Pushkin is remembered daily by the monks in their prayers… In 1997 a patron of the arts from St Petersburg presented the monastery with a 17th-century gateway icon. 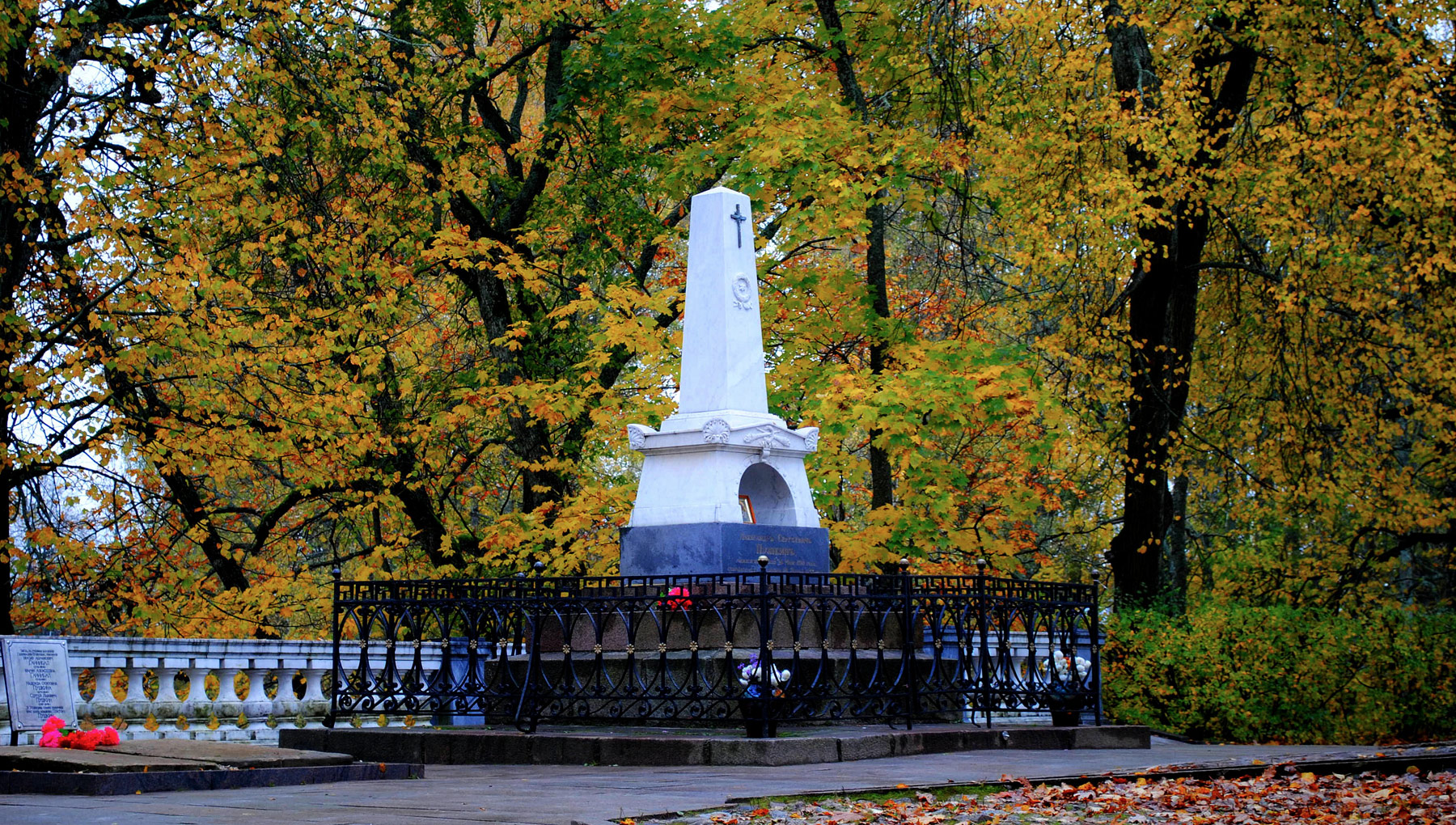