Bugrovo is a village, located halfway between Mikhailovskoye and Svyatogorsky Monastery. The village in Pushkin’s time was small. It had only three houses. On the edge of the village during a long period of time there was a water mill. The first written mention of «the mill of the Svyatogorsky monastery of the Assumption on the bank of the small River Lugovka» dates from 1761.

When Pushkin lived in Mikhailovskoye, the mill had an impressive form and allocated against the background of other village constructions. Among local peasants, memoirs on Pushkin visits to Bugrovo have been kept. Memoirs have been written down by S. Geitchenko from words of a well-known peasant Prokha, whose ancestors had been eye-witnesses of Pushkin’s visits to Bugrovo: «Pushkin had a habit to spend time together with house-serfs, singing songs, especially the one about a white birch. He liked to run to Bugrovo water mill. Sometimes absolutely grey from flour, he would look just like the old miller himself». 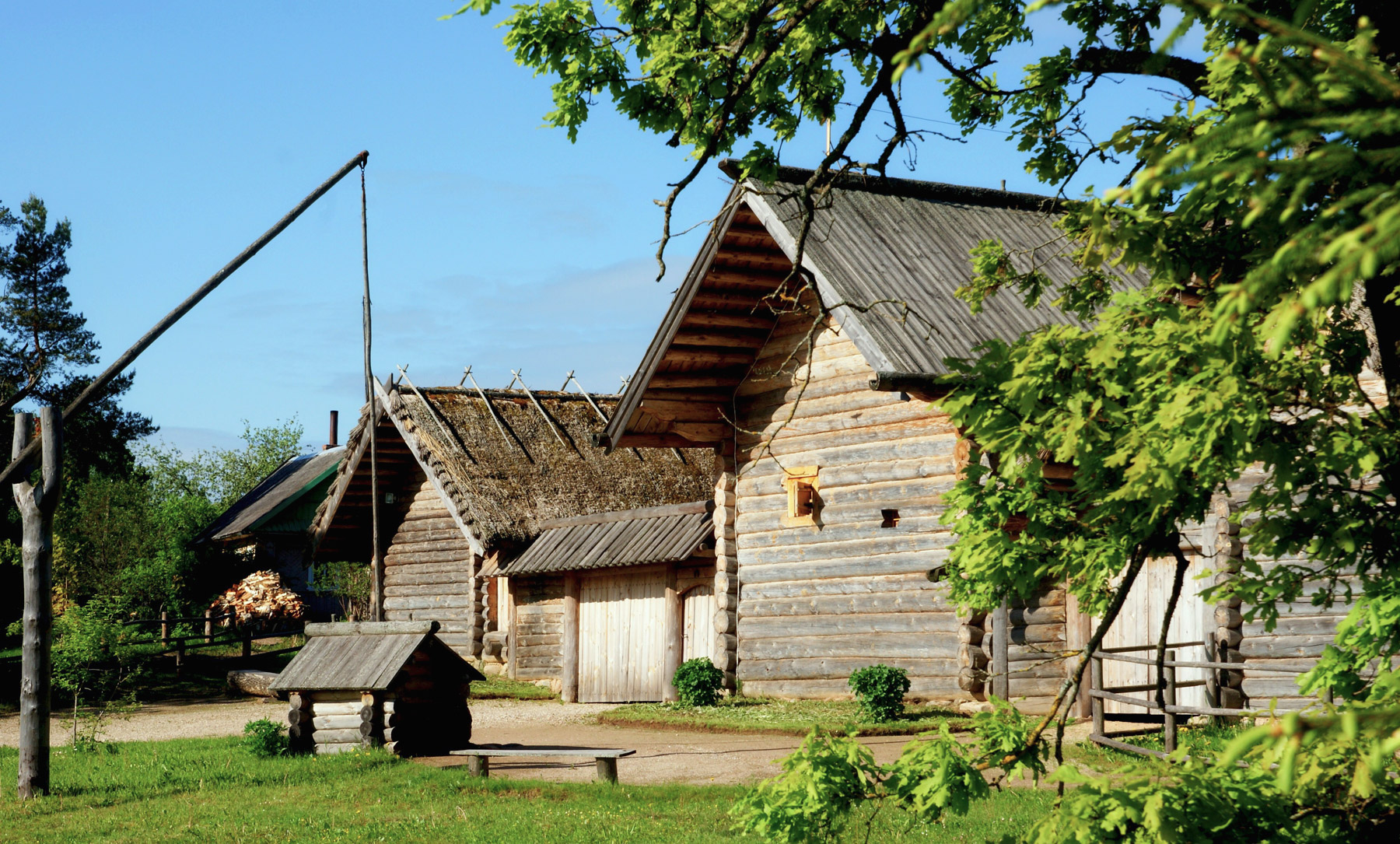 There was «quiet» charm in water mills connected with winter coming:

October has arrived - the woods have tossed
Their final leaves from naked branches;
A breath of autumn chill - the road begins to freeze,
The stream still murmurs as it passes by the mill,
The pond, however's frozen…

In 1826 at Mikhailovskoye the poet had an idea of a drama, which subsequently received the name «Mermaid»:

Here’s a mill. It has collapsed;
A merry thud of wheels has gone away;
A millstone stopped…

These lines were written in 1829. Weren’t they the memoirs on a water mill, placed near Mikhailovskoye?

The monastic mill in Bugrovo has never been a model of skilful managing. Descriptions of a mill of that time usually contain the following words: «dilapidated», «has collapsed» and «has become empty».

In Pushkin draft copies of his drama «The Mermaid» not only a mill is mentioned, but also «a small hut» where a miller and his daughter lived. That time in Bugrovo, when the idea of this drama was created, there was not only a mill, but also a so-called «miller’s house». That is «a log hut with an entrance-hall (seny), covered with lath».

One more possible literary echo of the mill in Bugrovo is the sixth chapter of the novel «Eugene Onegin»:

It’s now equipped – the sleigh of races,
He sits in, flies to the mill’s wings...
Here, leaning on the dam, impatient
Lensky was waiting for him, still,
And, a provincial craftsman, fervent,
Zaretsky – censuring the mill.

There is one more museum named «The Pushkin village» on the other side of the river Lugovka.

Pskovian villages in the 19th century were not big. Very often settlements of one or two houses were called «a village». Pushkin paid attention to this feature in his elegy «I visited again» (1835): «...Along the sloping shores // The huts are scattered wide...» «Scattered» as small grains...

In «The Pushkin village» museum a specific «image» of a village typical for Pushkin time is revived. There is a log hut on the hillock. A covered shed typical of this local area is to the right, a homestead with a number of constructions: a barn, a stable, a povet’ (a canopy for putting away carts, sledges, etc. under the roof) are to the left. Behind the house at a small pond there is a Russian bath. Further there is a sel’nick (a storage place for hay and straw) and the large-scale country construction – a barn with a drying house.

Museum «Bugrovo village mill» was founded in 1986. It became the last museum restored by Semen Geitchenko, it was his «swan-song». The author has done the main thing. On the historical place a small museum complex including a miller’s house and a model of a watermill has appeared.

On March 17, 2007 the museum complex «Bugrovo» was opened after the end of restoration and renovation works provided by the plan of preparation to the 200th anniversary of Alexander Pushkin’s birthday.

Nowadays museum complexes «The Pushkin village» and «The mill in the village Bugrovo» are the stages for theatrical performances and educational programs for the guests of the Pushkin Museum-Reserve. 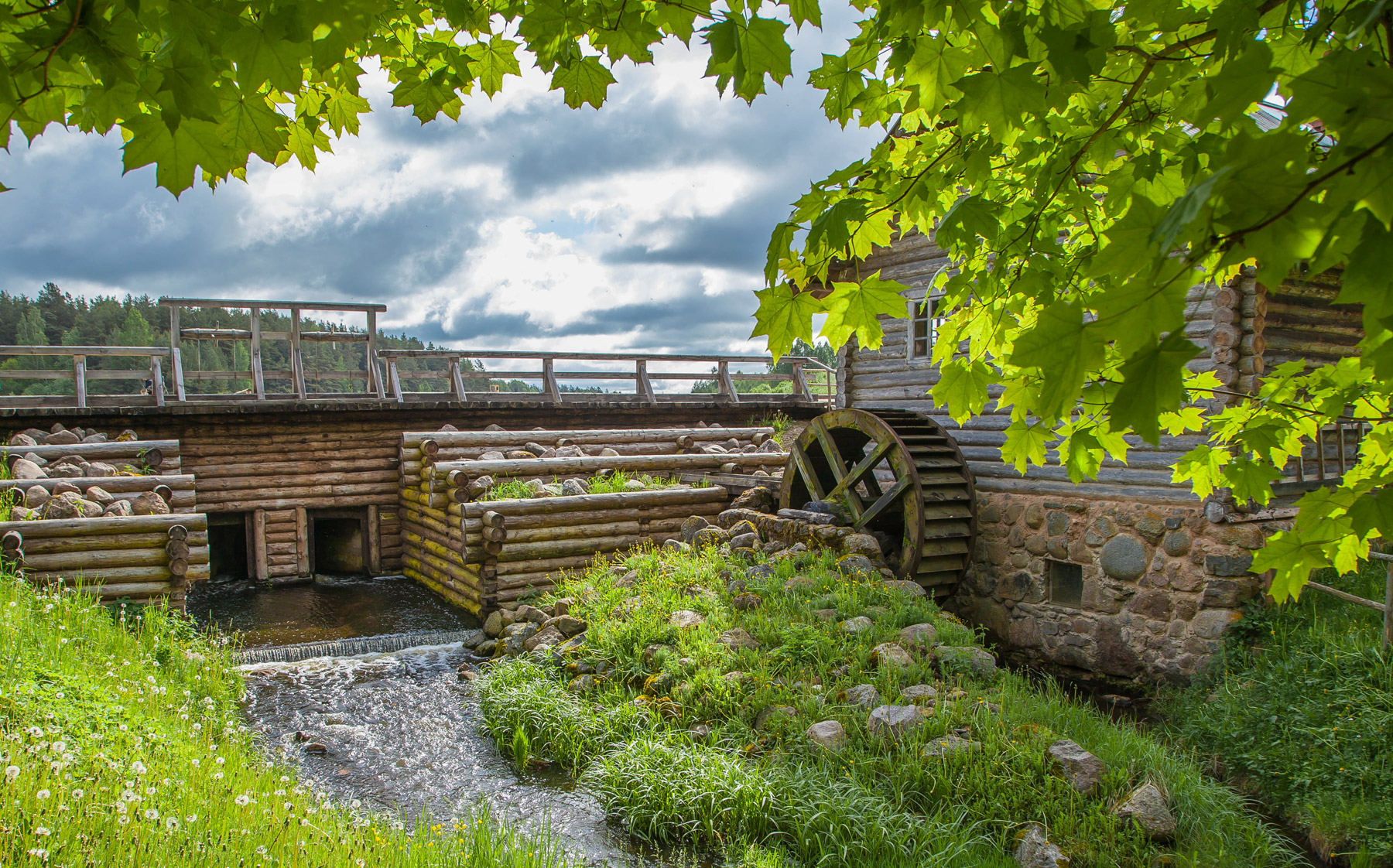 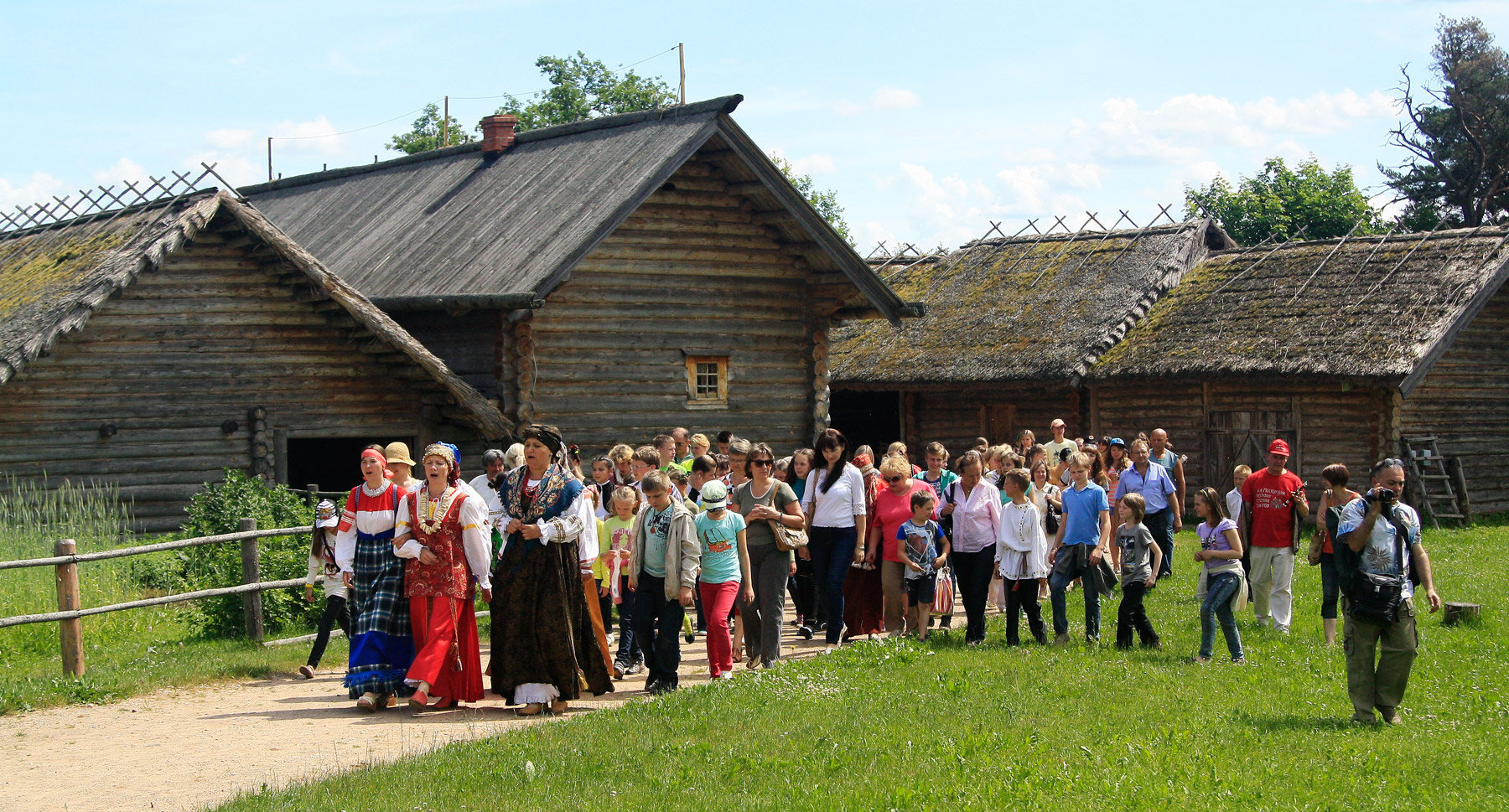